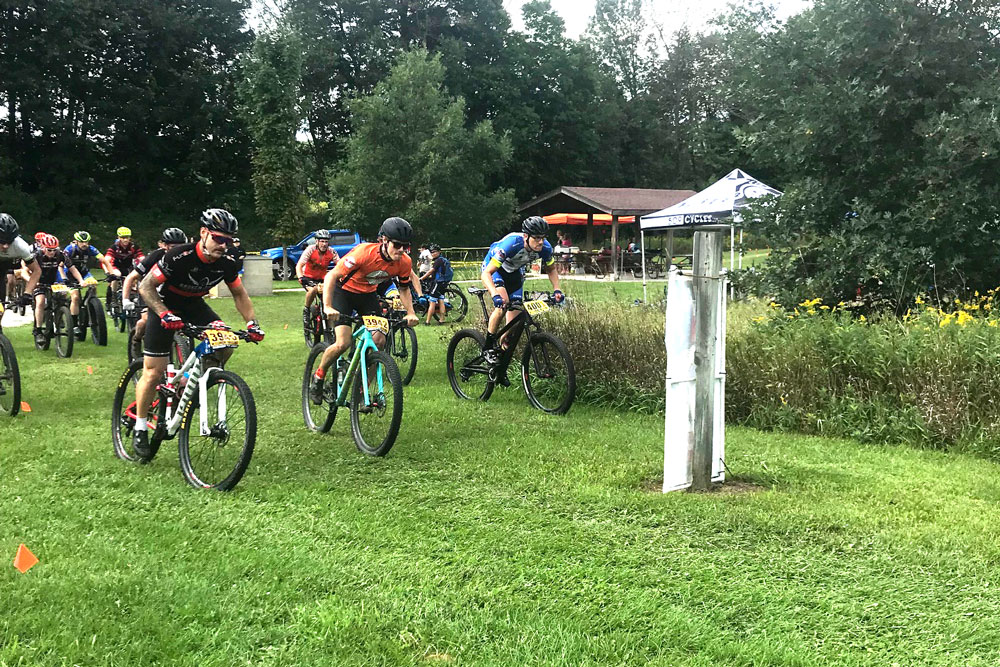 Your 2013 Singlespeed State Champs are Heidi Beck and Jacob Groethe!Jacob Groethe won the men’s XC Race and the Cabin Loop Enduro Stage. Joe Curtes redeemed himself from a disappointing XC result, which eliminated him from GC contention, by winning both the Bermtown and Dragon’s Tail Enduro Stages. Jacob already had the title wrapped up going into the Trike Race Finale but continued his domination by winning the finale as well.  Ron Stawicki placed second while Brian Schwaller came in third.
Heidi Beck won the women’s XC Race by less than a minute over Heather Stelljas making the Enduro decisive in determining the women’s champ. Heidi won both the Bermtown and Dragon’s Tail Stages by a slim margin and the two ladies had a dead heat tying on the Cabin Loop. After hard racing all day the ladies decided the strongest woman had won and to not let the Trike Finale alter the GC result and took a Trike parade lap for spectators.
Combined Results
Lap Times

Error: Error validating access token: Sessions for the user are not allowed because the user is not a confirmed user.
Type: OAuthException
Code: 190
Subcode: 464
Please refer to our Error Message Reference.